One of the worst things about getting older (I have a laundry list of things I hate about getting older) is people are always dying. Friends, co-workers, neighbours, neighbour’s dogs and people you don’t know on a personal basis but that you grew up with. They were always there. There was some sort of comfort in that. Of course I’m talking about the passing of David Bowie. I was never a huge Bowie fan but I liked much of his music and I always thought of him as an interesting, dynamic, cool, classy and brilliant man. His was one of the first music videos I remember seeing. I think it was Ashes to Ashes. I remember it being weird, I didn’t particularly like the song, but I liked him and all of the odd imagery. Funny, I can still picture much of it in my brains. He also managed to write one of my favourite songs of all time – Heroes. Might seem a little cliche but the line “we can be heroes, just for one day” has always stayed with me. I find that line quite inspiring but also profoundly sad. It’s perfect.

Bowie wasn’t just a great, original musician, he had quite a distinguished film career as well. He sought out intelligent, odd and interesting parts such as the freaky alien guy in Man Who Fell to Earth, the freaky vampire in The Hunger, the freaky goblin king in Labyrinth, Nicholas Tesla (bit of a freak) in The Prestige, Andy Warhol (big time freak) in Basquiet and the POW in Merry Christmas Mr. Lawrence. All cool. And he could do comedy. Check out this great scene from the Ricky Gervias show Extras. Brilliant.

Somewhere there’s a band, perhaps the weirdest band ever, being assembled – Bowie on lead vocals, Lemmy on bass, John Bradbury from the Specials on drums. Angus Scrimm (the Tall Man from the Phantasm series) can be the manager. I guess we just need a lead guitarist. There’s lots of ageing rockers out there.

I’ll leave you, not with a clip of Mr. Bowie himself, but with a song of his used to great effect (much great Bowie music can be found in many films – one of my favourites was the Portuguese covers in A Life Aquatic. What’s yours?) in one of my favourite films of the last few years, Frances Ha. It just exemplifies the feeling of being young and free and alive. Much joy is to found here. You will be missed, David Bowie. But I’m glad that you were here with us for a while. 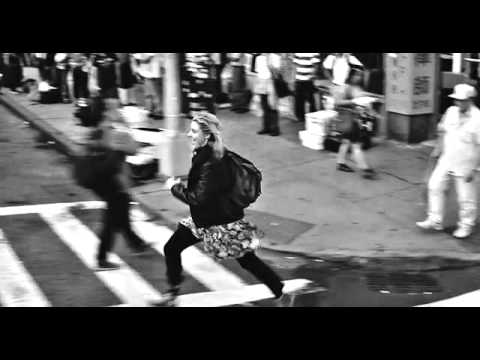 Tweet
This entry was posted in Blog. Bookmark the permalink.