Oh Oscar, how you work so hard to deceive me. You tantalize me with your shiny goldenness, your plethora of well groomed movie stars, the promise of something different, something funny maybe edgy (by Academy standards), the hopes that maybe a film I liked might be recognized for its swellness and the chance for the program to clock in under three hours. And what did we get? Fourteen hours of pre-Oscar vomit, Anne Hathaway and her many teeth, the reanimated corpse of Bob Hope, Celine fucking Dion, The King’s Speech winning everything (bo-ring, although I haven’t seen it) the reanimated corpse of Kirk Douglas and untold hours of tedium. I think that there were only 2 moments I liked – Melissa Leo dropping the f-bomb and James Franco saying “Congratulations, nerds”! when an award was given to some tech guys. And that was about it. You’d think that since they been putting on these broadcasts for over 300 years that they might think about, say, making it humorous and interesting, maybe having some good writing and delivery of said writing or just even changing up the dreadful format they’ve stuck with all of these years. It’s not like the broadcast was sprung by surprise on anyone, they’ve had a year to work on it. Where is Ricky Gervais when you need him?

Just a reminder that the new line of Black Dog T-Shirts are available at both stores for a mere $20 plus the lousy tax. They’re going fast so hobble on down to a store nearest you to snag one of these babies.

Hey I just realized the the Cambie Black Dog turns 15 years old this Saturday the 5th of March! Wow, 15 years. Crazy. That’s like 3 times longer than I’ve ever held onto any job. Drop in on Saturday, say hi, shake hands, do a little dance! Here’s hoping that we can stick around for a few more years and enjoy being the purveyors of fine films for our fantastic customers.

127 Hours – Oscar stud James Franco gets himself stuck in a hole in the middle of the Utah desert and has no choice but to gnaw off all of his limbs to escape. I wasn’t really expecting this to be any good, I mean really, how can you make a film about a guy trapped under a rock interesting for 2 hours? But the funny thing is Danny Boyle (Trainspotting, Millions) manages to make it thrilling and surprisingly moving. Kudos, Mr. Boyle (and you too handsome Jimmy). Also on the Blu Ray.

Alamar – A dad and his son fish and hang out on a beautiful little coral island in the Gulf of Mexico. Supposed to be quite lovely, nice and lovely. And nice.

Berlin 36 – Drama revolving around the 1936 Olympic games in Germany when that old coot Hitler refused to have Jews compete under the German flag. The US didn’t care much for this decision and threatened to boycott the games. Enter the best female high jumper Germany has. Problem is, she’s Jewish. What happens next? Well you’ll have to rent the film to find out. Based on a true story as the kids like to say.

Burlesque – The re-animated corpse of Cher (what, she’s not dead? Oops, my bad) dances and sings alongside anthem wrecker Christina Aguilera in this tale of rags to somewhat riches set in the world of Burlesque (hence the title). I haven’t, nor will I, watch this as I was hoping for a Showgirls type exercise in sleaze and ridiculousness. An opportunity lost.

Faster – The Rock plays a driver aptly named Driver and crazy, Gian Gomsehi-hating Billy Bob Thorton plays a cop strangely named Cop in this cops and drivers action flick. Might be alright for those of you (me included) who enjoy this sort of thing. And really, who doesn’t like The Rock? He’s yet to make a bad film! Also on the Blu ray.

Love and Other Drugs – Hunky Jake Gyllenhaal sells Viagra for a living. He meets toothy, and frequently naked, Anne Hathaway who has some sort of disease. Comedy and romantic hi jinks ensue. Word has it that it’s a cut above your average rom-com. But really, is that saying much these days? Also on the Blu Ray.

Transcendent Man – Doc about some dude named Ray Kurzwell, inventor and futurist who presents his bold vision of the Singularity, a point in the near future when technology will be changing so rapidly, that we will have to enhance ourselves with artificial intelligence to keep up. I had this conversation the other night with some friends about how there is too much technology in the world as it is and how fast it is taking away our time and ability to communicate with each other. To me, it seems that we are on a fast moving technology train that is speeding up and getting out of control and something has to give, be it good or bad. Telus is lying, the future is not friendly.

Coming Out Next Week

What’s on the Intertubes?

I only counted one Charlie Sheen joke last night on the Oscars (I will admit, I didn’t watch all of the telecast) so to make up for that here’s some great Charlie Sheen quotes. Delivered by cats. Of course. http://www.dangerousminds.net/comments/cats_quote_charlie_sheen1/

And on the flip side – and more fun side – of the Academy Awards is the Razzies, offering the worst in what Hollywood has to offer. The big winners/losers this year? The Last Airbender and Sex and the City 2. Sweet. http://www.razzies.com/

And then there’s the Independent Spirit awards, which seems an awful lot like the Oscars themselves. http://www.spiritawards.com/

And finally here’s a trailer for the sequel to ET: The Extraterrestrial. It’s about time they got around to making this.. 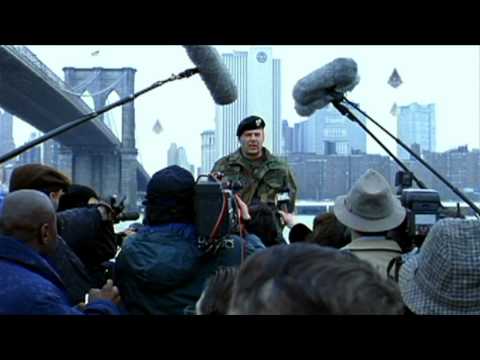 Have a great week, ya’ll.