This Wednesday (5th of March) Black Dog Video on Cambie comes of age. That’s right, we turn 18 this week (that’s 126 or something in dog years). Crazy! It’s been a fun, exciting, sometimes bumpy, ride. We’ve seen lots of fine folks – employees and customers alike – come and go, survived a devastating fire and the miasma of construction (remember the RAV hole out front for months on end?), been robbed, had dogs and children defecate in the store, threw some wicked parties, rented out a few movies and made some life-long friends (again employees and customers included). I still enjoy this business as much as I did when we opened across the street back in 96. I love this job, I really do. I love bringing in films – especially cool, hard to find ones, and getting them on the shelves for everyone to enjoy. I love chatting with folks about films and having a nice place to hang out and spread the movie love. I can only hope that we survive this internet craze (OK, I’ll admit that it may not just be a fad) and stick around for a few more years (or even longer). It all depends on you fine folk and your need/want for quality films and TV shows. To show our appreciation for your support over the years we are going to be offering our famous late-charge amnesty! Starting tomorrow (Wednesday) stop by with a donation to the food bank – non-perishable of course (here’s a guide on what not to donate…read more) and we’ll obliterate, annihilate and utterly destroy any late charges you may have accrued up to this point. (Cambie store only) Everyone wins! Hope to see you soon.

12 Years a Slave – Funny how it took some Brits and Aussie’s to tell a harrowing tale of the brutal slave trade in the US. Are American filmmakers afraid to admit to their own disgusting history? Who knows. Anyways, this Best Picture winner delves into the true horror story of a free black guy who was abducted off the streets of Washington and taken to the South where he was forced into slavery for 12 miserable years. Has anything good every come out of the American South? Hmmm. Also on the Blu Ray.

Girl Rising – Hard-hitting doc that follows nine girls as they try to overcome such devastating things as forced marriage, slavery and other nasty injustices, get an education and rise above the horrors that have befallen them. Go girls!

The Grandmaster – Another take on the famous IP-Man, who ended up training a certain Bruce Lee. Loved the Donnie Yen films and this one, directed by the stylish Wong Kar Wai, looks to be quite impressive. Yes please! Also on the Blu Ray.

The Hungry Games : Catching Fire – Second film in the trilogy follows klutzy Jennifer Lawrence (Je-Lawr to her cool fans and the Twitters) as she fights for survival and revolution in some dystopian future where kids are forced to fight each other to the death for the amusement of the rich and garishly dressed. Seems we’re not too far away from that type of scenario already. Also on the Blu Ray.

Oldboy – Absolutely pointless remake of the great Korean film that finds a guy imprisoned in a small room for, like, 20 years or so. Then he’s let out and goes revenging with his best friend, claw hammer, to find out why he had to endure imprisonment and who put him there. I haven’t seen Spike Lee’s version and I’m not too sure that I want to. Loved the Korean film and I can’t see them keeping the same demented twists that made the original so great. Also on the BLu Ray.

Untold History of the United States – Leave to Oliver Stone to slice open the fetid underbelly of the history (almost all 20th Century) of the US. Supposed to be a pretty great doc. On 4 disks as it’s that long.

Out of the Furnace

Blue is the Warmest Colour

Top of the Lake

How I Live Now

I’m not too sure why I find this video hilarious. It’s a bunch of stoner raver boys dancing (badly). It’s set to Benny Hill music though..guffaws ensue… 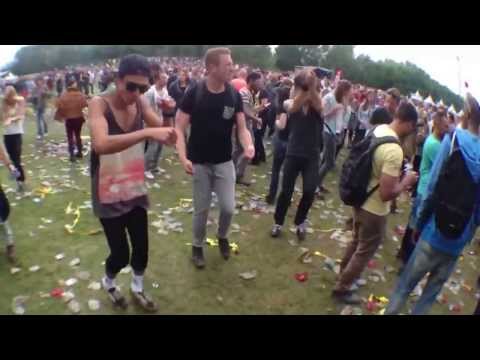