Well Sunday certainly sucked. And no, I’m not talking about the Superbore football sports match. I’m not much of a football guy anymore although I did win a wager for some tasty beers (thanks, Garn!). No I’m talking about Philip Seymour Hoffman overdosing on heroin. What a fucking shame. Normally I don’t get too upset about celebrities dying, especially from something like drugs. Makes me mad and sad. Especially since he’d beaten that dragon for 23 years and recently just got out of rehab. I’m not one to pass judgment on anyone for doing stuff like that, hell I’ve put all kinds of things in my body I shouldn’t have, but this just seems like such a waste. I know I might sound selfish, I didn’t know the man and he left behind 3 children and all that, but he was one of my favourite actors. Even writing that it sounds incredibly lame and uncaring. But being such a big film guy and one who appreciates someone as talented as he was, it makes me pretty upset. It sucks. I feel ripped off. I wanted more Hoffman. He was such a big part of so many great films – Boogie Nights, The Master, Happiness, Almost Famous, Capote, Big Lebowski, Punch-Drunk Love, Magnolia, Synecdoche NY, Talented Mr. Ripley, Before the Devil Knows You’re Dead, Doubt, to name a bunch. Damn. He will be missed by many a lover of films. So yes, this past Sunday was terrible. Don’t even get me started on Woody Allen.

So our big perviously-loved DVD sale continues unabated at both stores. There’s tons of stuff for sale. Cheap! $5 for one, 2 for $8 and 3 for $10 (that’s, like, buy 2 get one FREE!). Just added a pile of action and animated flicks to the Cambie coffers and horror, action, sci-fi, and cult to the bins at Commercial. Plus there’s piles more stuff ready for your eager eyeballs. The sale will continue until we purge all the sections of the stores. You’re welcome!

And what doesn’t go better with some cheap DVDS than a nice comfy pair of underwear? Only $10 for the ladies and $15 for the doods! Get ’em while they last, you won’t be sorry. You’ll be the talk of the boudoir or locker room or wherever else one might see you in your skivvies.

About Time – One of those time-traveling romantic comedies that seems to be so popular. Guy discovers he can go back in time for some reason. So he does, not to kill Hitler or buy stock in Microsoft, but to get a girlfriend. Brought to by the folks who inflicted Love, Actually and Notting Hill on the movie-going public. Warning! It has Rachel McAdams in it. Also on the the Blu Ray.

Best Man Down – Comedy about a couple who cancel their honeymoon because the best man just died. Let the hilarity begin!

Burton and Taylor – Dominic West and Helena Bonham Carter play the awesome titular folks in this bio-pic type thing. Ever seen Who’s Afraid of Virginia Woolf? Well you should.

CBGB – Cool looking little bio-pic (can it be a bio-pic if it’s about a building?) of the famous club in NY that spawned such great acts as Talking Heads, Ramones and Blondie.

Cutie and the Boxer – Doc about famed boxing painter (!) Ushio Shinohara and his crazy, tumultuous marriage to his wife, Noriko. Supposed to be some kind of wonderful, this doc is.

Dallas Buyers Club – Matthew McConaughey makes a stab at Oscar gold by losing 150 pounds (or something like that) playing a guy who contracts AIDS back in the 80’s. He has to work around the system in order to nab himself and other AIDS patients the medication that they need. Supposed to be quite good. Lots of actors acting and such. Also on the Blu Ray.

Escape Plan – Two withered old men, Stallone and Schwarzenegger, one a security expert and one a convict, must work together to escape an unescapable prison. Lots of grunting and quips about them being “too old for this shit”, I presume, ensue. Fitty-Cent is along for the ride to offer wry observances on the human condition. Also on the Blu Ray. (DVDs may be late).

The Following – TV show that features Bacon (as in Kevin) as a cop or something trying to stop a famous serial killer from starting a cult of other serial killers who are bent of serial killing.

Free Birds – Woody Harrelson’s and Owen Wilson’s voices star in the strange sounding animated family fare that finds two turkeys traveling back in time – not to kill Hitler, buy stock in Apple or get girlfriends – but to change history by getting turkey taken off the menu for Thanksgiving. Also on the Blu Ray.

House of Versace – Gina Gershon is Donatella Versace, who works to carry on the Versace name after the 1997 slaying of her brother. Fashion must go on and live! Live I tell you!

Justice League War – Another animated dealie that finds a bunch of superheroes – Batman, Wonder Woman, Shazam, Sugar Pants, Face-Man etc. – who band together to fight some aliens or something. Also on the Blu Ray.

Short Term 12 – Much ballyhooed (love that word) drama about a boyfriend and girlfriend who work at residential treatment facility (not too sure what that is exactly). Won many a prize and garnered plenty of acclaim for it’s dramatic drama. Also on the Blu Ray.

The White Queen – Costume drama series about a myriad of woman who vie for the throne in 15th century England. Folks can’t get enough of those historical costume dramas. Guilty as charged! 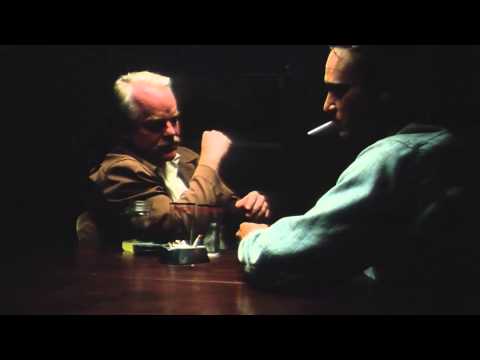