It seems to me that 2013 is shaping up to be quite an extraordinary year, extraordinarily strange that is. Some great, bizarre stories and events have occurred in just the past month and a half. My favourites so far include the meteor that blew across Russia, the large asteroid that barely missed crushing us out of existence and the crippled cruise liner in the Gulf of Mexico. The amount of footage of the meteor was astounding. Why are so many Russians driving around with cameras fixed to their dashboards? The boat cruise from hell (in my opinion, all of those boat cruises are some level of hell) was hilarious. I love how the boat reminded me of some unethical university experiment in how fast society crumbles in the face of mild distress. Five days adrift and it turned into Lord of the Flies with people hoarding food and water, stealing electronics and all sorts of things and generally acting like douchey savages. Love it! Other stories that caught our attention include the creepy Pope, Joey Ratz, quitting his job so he could “read books and pray” -amongst other “things”- (apparently he’s gonna live in the Vatican to avoid any sexual abuse charges he may face, what a guy!), the legless Olympian murdering his girlfriend and claiming she was a burglar (bullshit!), North Korea trying to be the next “big bad” by detonating a nuclear warhead, Iran charming everyone by launching a monkey into space, a New Zealand woman died after drinking too much Coca-Cola – 18 pints a day for 8 years! (how would you like to kiss that rotting fizzy mouth?), and there’s a great new doll on the market, Baracula! Who hasn’t imagined the president of the US as a vampire? Keep ’em coming 2013!

I know what’s going to be in all the kid’s stocking come Christmas.

This is where all Popes go to die.

The big DVD blow-out mega-extravaganza sale started a couple of days ago at both stores. $5 a disk or 3 for $12. Great deal. So far we’ve harvested films from the horror, action, sci-fi and Canadian sections at Commercial and for Cambie you can find a selection of Canadian, documentaries, music DVDs and action flicks in the sale bins. Come early, come often! Like us on the Facebook and the Twitters to keep abreast of the sale and other fun tidbits…https://www.facebook.com/blackdogvideo and https://twitter.com/blackdogvideo

Anna Karenina – Despite the fact it has wafer-thin Keira Knightly in it, this adaptation of Tolstoy’s (this version was penned by Tom Stoppard) epic about Russian high society where the titular character falls in love with Kick-Ass is supposed to be very pleasing to the eye. Also on the Blu Ray.

Argo – Still attempting to wash the bad taste of Gigli out of our mouths, Ben Affleck directs this excellent thriller about the Iran hostage crisis back in the 70’s. The plot revolves a scheme to have some CIA dudes pose as filmmakers who need to go to Iran to film something or other but really the plan is to smuggle some Americans, who are hiding on the Canadian embassy, out of the country. Good job, Affleck – 3 for 3 on the directing front so far. Also on the Blu Ray.

Atlas Shrugged Part Deux – Part two of the steaming pile of crap that soiled your eyes in Part 1. But some may like it. 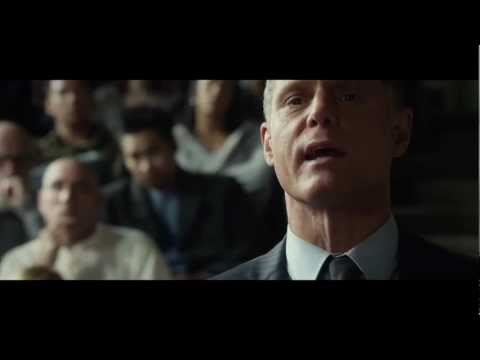 Battlestar Galactica: Blood and Chrome – Are they still making BG films and stuff? I had no idea. I think this is some backstory hullabaloo – a young Adama kicking around Simon Fraser University as the Cylons attack. Remember how the backstory for the Star Wars films turned out? Just saying. Also on the Blu Ray.

Bully – Excellent doc about bullying and all the shitty things that surround it. I had a bully in high school – her name was Ann and I hated her. She’d kick me in the back during Geography class. One day I snapped and stabbed her in the leg with my pencil. She didn’t kick me anymore. Now listen, kids, I’m not saying you should go about stabbing any bullies or anything… 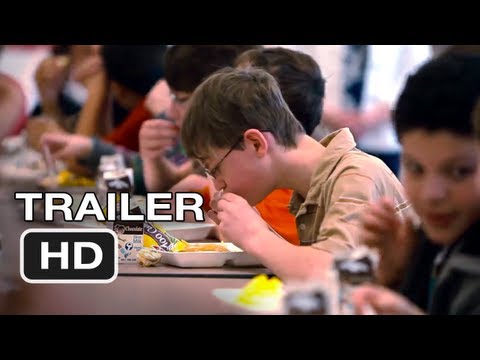 Camille Redouble – French comedy/drama/time-travel thing finds depressed 40 year-old Camille passing out at a New Year’s party and then, for some reason, waking up in 1985. Will she make the same mistakes that led her to her real life given this second kick art the can? Or will she change things with the hope of making them better? I’d buy some stock in Microsoft myself if I passed out at a party and woke up in 1985. Maybe Apple and Pixar as well. Or I’d write Pulp Fiction!

Citadel – Agoraphobic dad is trapped in a shirty apartment building trying to protect his daughter against a pack of feral children who brutally attacked his wife. Who doesn’t love flicks about scary nasty kids? They’re good advertisements for birth control because as we all know, every child secretly (or not-so-secretly) wants to butcher their parents. Right? 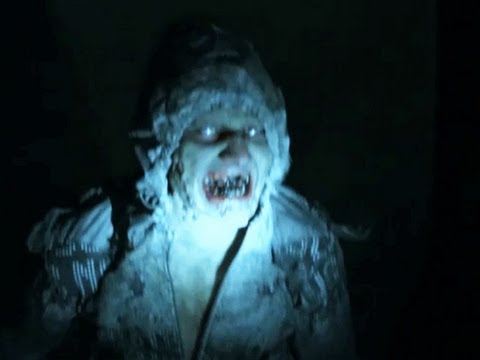 The Dinosaur Project – Found footage (again!) flick about some people stumbling across a bunch of dinosaurs living somewhere in the Congo. “The best dinosaur film since Jurassic Park” says the promo on the box. Have there been other dinosaur movies since Jurassic Park?

Game of Thrones Season 2 – Much anticipated (by me anyways) season 2 of the stellar sandals and blood and swords and sex and dragons and zombies and grimy action adventure series. Love this shit.  Also on the Blu Ray. 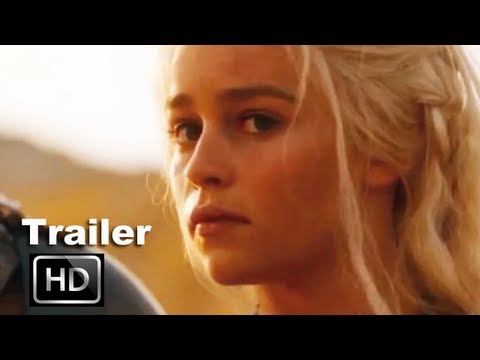 Holy Motors – I have no idea how to go about describing this film. It was a terribly popular film fest favourite this past year. What I can gather (I haven’t seen it yet, but it is definitely on my list) its about cinema and how it relates to people in the real world or something. I dunno, just go and check it our for yourselves. Also on the Blu Ray (May be late hitting the shelves) 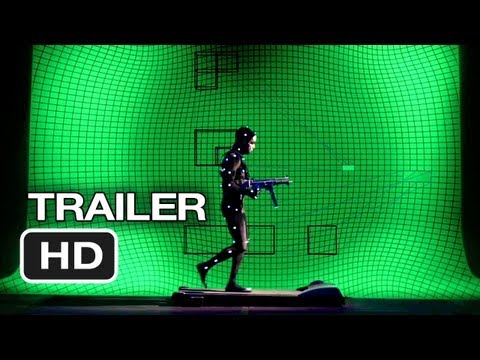 Seven Psychopaths – Movie within a movie about a movie while there’s a movie going on. Got that? Top notch cast – Colin Farrell, Woody Harrelson, Sam Rockwell, Tom Waits and Christopher Walken have a ball in this comedy/thriller from the writer/director of the great In Bruges. A struggling writer inadvertently becomes involved with the criminal underworld after he’s tied to the kidnapping a gangster’s beloved Shih Tzu. (That’s pronounced Shit-zoo) Also on the Blu Ray.

Sinister – Probably my most anticipated flick in a great week of releases finds Ethan Hawke, (the “Hawke” to his friends) as a true crime writer, finding a bunch of 8mm snuff films that suggests that a modern day killer has been at work since the late 19th century. How can that be? Is the killer really old, like Pope old, or is he something more, say, sinister? Also on the Blu Ray. 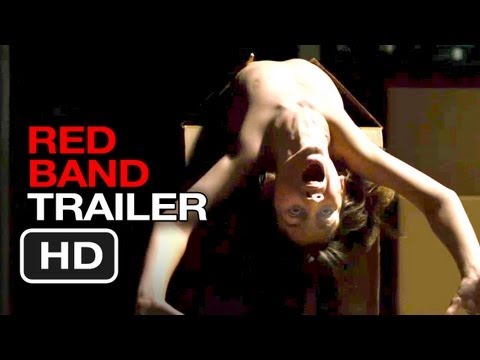 Small Apartments – Swell looking comedy – again with a fine cast – Matt Lucas, Nugget, James Caan, Juno Temple, Dolph Lundgren, Johnny Knoxville and DJ Qualls have a ball in this story about a clumsy sort who accidentally kills his landlord and strives to make it seem as if he’s still alive. Sounds a bit like the “classic” Weekend at Bernie’s. 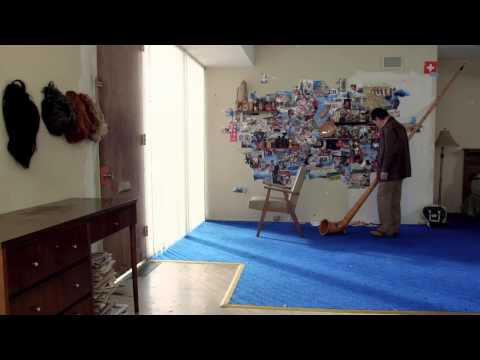 Have a great week folks, stay warm and dry and hydrated. And remember, keep watching…