Life in the big city can by trying at times. Life in the big city on the east side near a park can be quite trying, infuriating and disgusting at times. What am I on about you ask? Well let me tell you. We erected a nice fence at the back of our property last year. Looks great, keeps out the ne’er-do-wells. Unfortunately said ne’er-do-wells have taken to using the small recessed area out behind the fence as their own semi-private washroom. Well I should say toilet as there is no washing going on back there. I was even sitting in the backyard discussing this problem with my tenant/CHUD last week when some filth-bag starts pissing on the fence! I surprised him and told him to beat it. He apologized and stopped mid-stream (I hope that he continued to piss all down his leg). We came up with two possible solutions to this problem (yes drinks may have been involved); provide toilet paper, a fresh towel and a tip jar or install a motion detector light and one of those motion activated singing fish so when they stand or squat, not only will they have a bright scalding light on them but they will be serenaded by Big Mouth Billy Bass. We’ll see what happens.

Oh and someone has been sneaking into my backyard and stealing my tomatoes. And they had just ripened. Fuckers. So if you read about some old guy in east van who shot a tomato thief with a crossbow, remember me when I was a sane, upstanding citizen please.

And on another note, in case any of you were missing your Surgi-lube non-staining lubricating jelly (not to used on eyes and ears) we found a half-used tube of it in the bathroom at the Cambie store. Just ask at the desk.

And one more note about a couple price changes starting up real soon like – the Wednesday 5 old films for $8.00 ends tomorrow to replaced by a nice new shiny 5 old films for $10 starting September 5th. Also the great deal punch cards are going up slightly – instead of $35 per card it will be $35 plus tax so it will cost ya’ll $39.20 starting September 1st. Hate to raise any prices but I gotsa pay the bills and keep my kid swathed in the finery to which he’s accustomed.

Battleship – Need more proof the Hollywood is creatively bankrupt? May I present to you, Battleship. Here’s a movie based on one of the most boring games ever (I do admit to playing it as a kid and I always cheated). Liam Neeson and one of the Skarsgårds show up to grab a paycheck in what looks to be a cross between Transformers and Battle L.A.. Yes that sound you heard was the collective implosion of a thousand dying suns. Also on the Blu Ray. 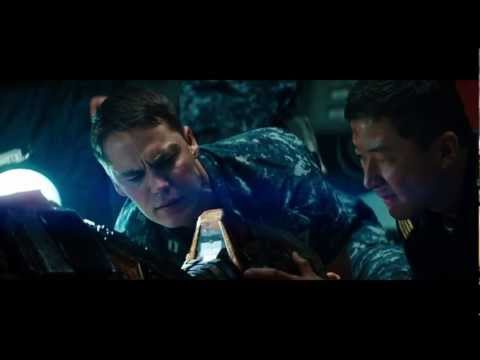 Beyond the Black Rainbow – Crazy trippy Canadian feature that is chock full weirdness, bizarreness, 80’s hair and music, slow-paced sci-fi moments and coolness. The description, if there is to be one, might go something like this; despite being under heavy sedation, Elena tries to make her way out of Arboria, a secluded, quasi-futuristic commune. Doesn’t really matter. Might be best enjoyed under the influence of what ever influences you. Think David Lynch having a weird freaky baby with Stanley Kubrick. Ewww. Blu Ray will be here in a couple of weeks. 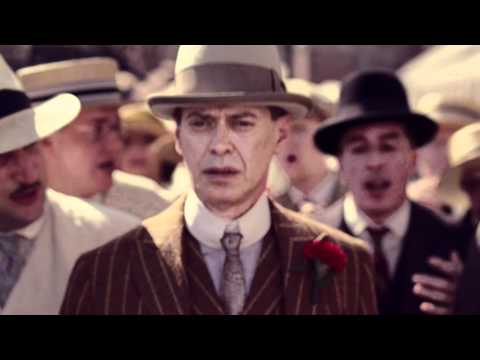 Edwin Boyd: Citizen Gangster – Another fine Canadian film out this week. Bio-pic of famed post WWII gangster who wanted to be a Hollywood star. Seems like it was much easier to be a famed gangster or movie star back in the day. 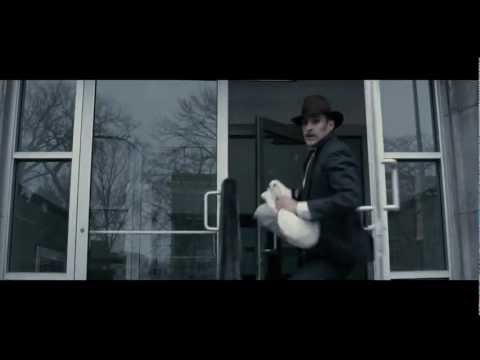 Extraterrestrial – Spanish flick from the dude who made the fun Timecrimes a few years back. Fella wakes up with the girl of his dreams, who he just met, to discover that a giant alien spaceship is hovering over the city. What do you do, run to the hills or go back to bed. I think that the choice is quite obvious.

Headhunters – Pretty fun twisty crime comedy-drama from Norway. A corporate headhunter, who’s also an art thief, steals a painting from Jamie Lannister (Game of Thrones shout out – hilarious, no?) who happens to be a former mercenary. Some bloody hijinks ensue. I really liked this film even if it did have some unbelievable plot twists. Oh and I guess that a screeching cat jumping out onto the screen is something new to Norwegian filmmakers? Also on the Blu Ray.

Hide Away – Tepid looking drama about a guy hiding out on a boat because he’s sad.

If God is Willing and da Creek Don’t Rise – Spike Lee returns to New Orleans to see how everyone is doing. My guess is probably not all that great for the most part. Kind of a sequel to his 2006 outstanding doc When the Levees Broke. 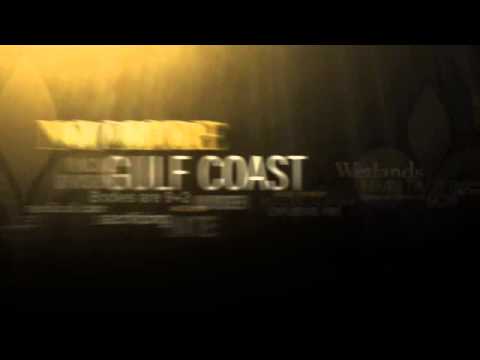 Kill List – Intense crime thriller that’s part hit-man flick and part Wickerman type weirdness. After a botched assignment, a hit-man is pulled back in for “one last job” that sees him losing his mind. Like really losing his fucking mind. It has some brutal violence which I whole-heartedly approve of. Hammer time! Not for the squeamish or faint of heart but recommended to those who aren’t. Also on the Blu Ray. 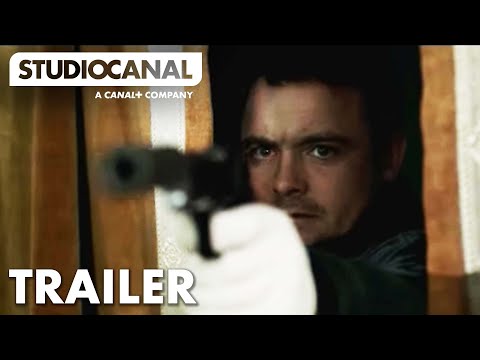 The Lady – Bio-pic of Aung San Suu Kyi who you may all know better as one of the world’s most famous political prisoners after being under house arrest for most of the last 21 years in Burma. This Farrelly brother’s comedy finds Aung San Suu Kyi going out on a date with Ben Stiller after putting in her hair…sorry I couldn’t resist. This drama stars the great Michelle Yeoh and David Thewlis as her husband. 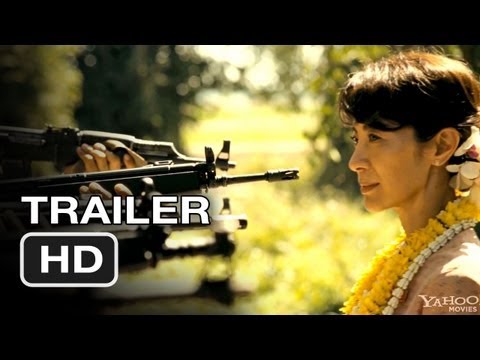 Once Upon a Time Season 1 – Cool sounding and well reviewed TV show about a woman with a troubled past who is drawn into a small town in Maine where the magic and mystery of fairy tales just may be real. Might be cool because when you look at them, fairy tails can be quite terrifying. Stars Robert Carlyle so it has that going for it. 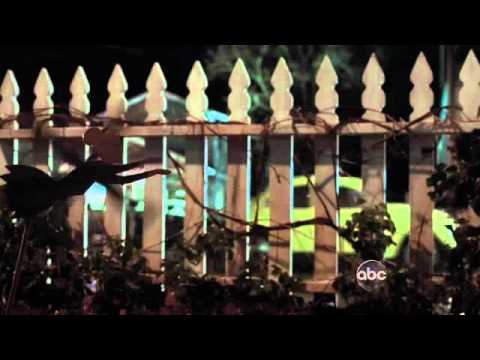 Pink Floyd: The Story of Wish You Were Here – Pretty much exactly what the title says – a doc about the making of, arguably, Pink Floyd’s finest work. If you like the Floyd, check this out. Maybe shoot some lasers around your living room for the full effect. Also on the Blu Ray. 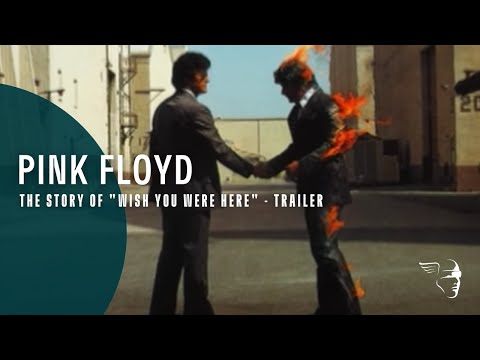 Pirates – Band of Misfits – Hugh Grant, Salma Hayek and some other actors lend voice to this animated kids pirate adventure. From the cats who brought you Wallace and Gromit. That’s all about I can tell you. 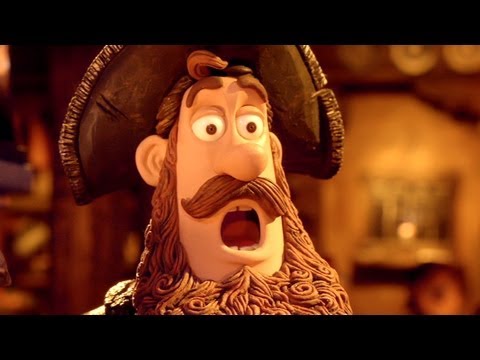 The Snowtown Murders – Not only will all the animals that live in Australia kill you, but the country is teaming with psychotic murderers as well! Wolf Creek anyone? Eden Lake anyone? And now this. At least those other films were not based on true events, unlike this grisly shocker about a psycho who moves in with a troubled family and starts controlling things. Controlling things his way which I imagine might be considered out of the norm by some (though maybe not in Australia). 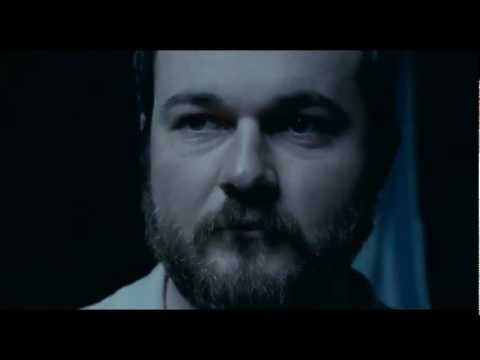 Spooky Stories – Some animated stuff with that awful Shrek character and some others from Monsters and Aliens. Might be good family stuff especially with Halloween rapidly approaching.

There are a few late things that should be here this week, so don’t freak out. They include;

That’s it for this week folks. I hope that the rest of the week brings some nice weather. Looking for a tasty beverage to wash down the long weekend with? Why not try this?