Ah, the joy of camping. Packing up everything you own, cramming it in a car, setting up a tent in the woods and pretending you’re homeless for a couple of nights. Charring some flesh on the Q, having a few beers, reading a book…relaxation. Now add some trains crashing through the campground at various times during the night, sleeping on a mattress that is about 5 and 1/2 feet long (I’m just over 6 feet long), maybe toss in some crying babies, barking dogs and a mother who slowly guided her kid around the campground pushing a shitty little cart with those hard, loud plastic wheels at 6am to complete the picture. And really did the train guy – conductor? engineer? – need to blow his insanely loud train horn as the train barreled past the campground in the middle of the night? My kid woke up screaming “NOOOO! NOOO!”. And that was all on the first night. For whatever reason everything seems amplified and weird when you’re in a tent, be they trains that sound like they are going to crush your head or small forest dwelling creatures. They all sound huge and nasty and hungry.

But laying on the ground, with only a thin layer of vinyl or gortex or lambskin or whatever tents are made of, everything sounds like this…

The next couple of nights were much better except for the young weirdos across from us who, for some reason, kept playing Kim Carnes “Bette Davis Eyes” , “White Wedding” and a bit of Slayer. Oh and they didn’t think to tidy up their campsite and put their food away after they turned in for the night. You can probably guess what happened next. So yes there was a bear in the next campsite rummaging around. It was making the strangest noises. After the bear noises ceased, I heard them get into their van and drive away. Tools.

To me the bear wandering around and mewling or whatever the crazy noise coming out of it sounded a bit like this was attacking the camp.

All in all it was a good, fun experience. We camped with some good friends, drank some (too much probably) beer, ate some tasty BBQ, watched the stars and saw a Stellar Jay (which is really loud as well).

Oh and thanks to the ass-face piece of shit who kicked our door and broke the glass at the Cambie shop the other night when we wouldn’t let him in at 11:15 so he could rent Brave Little Toaster. Good job. Hope you broke or severed your toe(s).

And finally…new, good movies this week! Hallelujah! It seems like it’s been so long. Damn Olympics.

4:44 Last Day on Earth – Abel Ferrara (remember him – Bad Lieutenant, King of NY?) is back making Willam Dafoe and Shanyn Leigh decide what they should do when the earth is about to explode or implode or something. Seems like there’s a lot of end of the world films these days. Maybe someone’s not telling us something? I don’t know what I’d do if the world was ending tomorrow. Stay up late? Fight a hobo? Run through the streets naked? (wait I did that on Saturday) Also on the Blu Ray. 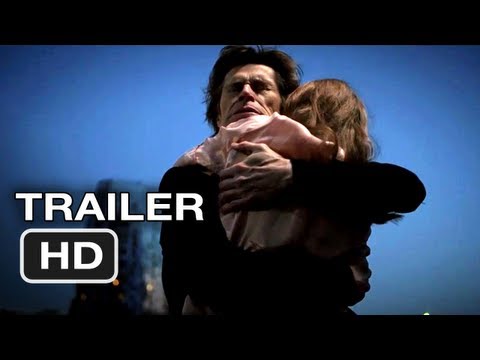 And Everything is Going Fine – Another doc about Spalding Gray from Steven Soderburgh. That’s about it.

Community Season 3 – From what I’ve heard, this is a pretty funny little show. Haven’t seen a lick of it so I can’t confirm what I’ve heard. http://www.youtube.com/watch?v=jMb8ZxwIcew

Dexter Season 6 – That dude still killing people who “deserve it”? Think he’d be caught by now. Or that people might be bored with this show. I don’t mind the Dexter it’s just almost all of the supporting players I can’t stand. Especially his sister. I just want to reach into my TV and hit her with a pie sometimes. 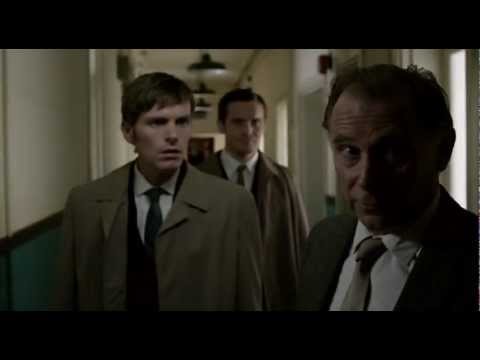 Flowers of War – Christian Bale, sans his heavy-metal Batman voice, poses as a priest in during Japan’s 1937 rape of Nanking with the hope of saving a bunch of woman hiding in a church. From the director of A Woman, a Gun and a Noodle Shop, Hero and House of Flying Daggers. Also on the Blu Ray.

Le Havre – Kindly old bohemian dude takes a young African refugee under his wing and shields him from the authorities. I’m hoping to be a kindly old bohemian dude at some point. Either that or a crusty curmudgeon. Can’t decide yet. From director Aki Kaurismaki – The Man Without a Past, Leningrad Cowboys Go America. Criterion edition.

Hell – Sometime in the German future some people attempt to survive a world where the sun has destroyed everything. If The Road and Frontier(s) had a baby, well that would be really weird and gross. Or you might get something like this. I keep telling you, we have to destroy the sun before it destroys us. No one listens to me. 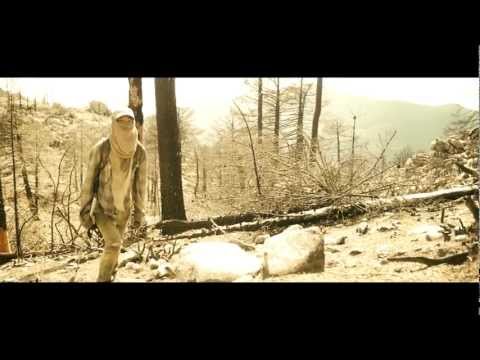 Hick – A Nebraska teen runs into some not-so-savory folk as she sets out on the road to Vegas to get away from her bad mom. Stars Hit Girl, Alec Baldwin and Juliette Lewis. Why Vegas? It’s too hot there. This one looks like it might be nice and nasty and cool. Here’s a good review of it to go along with the trailer. http://www.aintitcool.com/node/57486

and the Red Band Trailer –

Hunger Games (Comes out on the 18th for some reason) – Again with the dystopian future. Some kids have to fight to the death for the amusement of the adults. Think Battle Royal but just not as good. Who doesn’t like a good film about children killing each other? Enjoyed the books, we’ll have to see how the films pan out. Also on the Blu Ray. 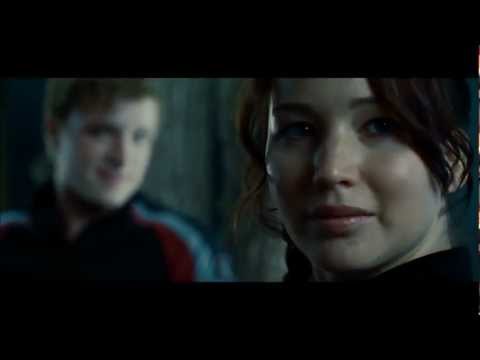 A Monster in Paris – Animated kids fare about a giant flea monster – who’s also nice guy flea – who has a crush on a girl in 1910 Paris. Girls love giant blood sucking insects, or arachnids or whatever fleas are, right? 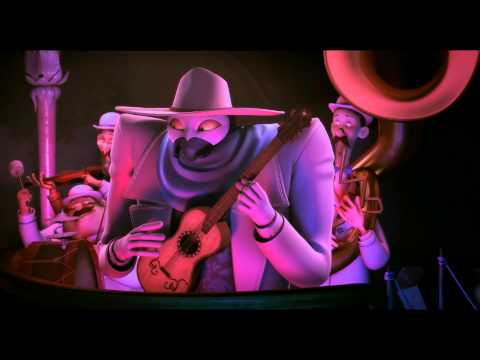 My Way – Korean flick about friends, marathon runners, WWII, Japanese occupation (not a good week for Japan on the DVDs) and the horrors of war and friendship. Wait that didn’t sound right.

Once Upon a Time in Anatolia – Excellent Turkish flick about some guys who set out to find a body. Like Stand By Me but with grown Turkish men. From the director of Distant, 3 Monkeys and Climates. 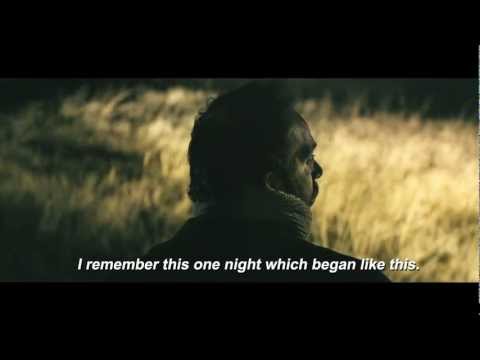 Paradise Lost 3: Purgatory – The final installment of the excellent doc series about the West Memphis 3 – some dudes who were tried and sentenced for killing three young children in the lovely town of West Memphis, Arkansas. Riveting, fascinating stuff. If you haven’t seen these films, do yourself a favour and check them out. Now. 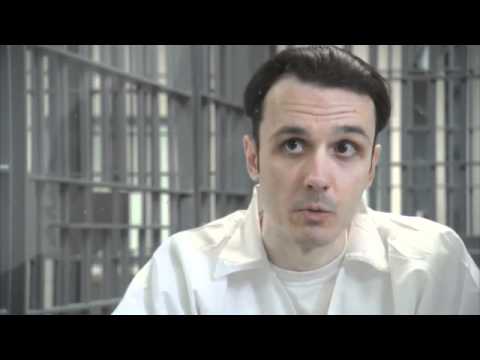 The Raid: Redemption– Yay! Love this film – one of the best action films I’ve seen in ages. It’ll flip your hair back it’s so good. Some cops have to storm a big apartment complex where a nasty drug lord and his and his army of killers and thugs reside. Much mayhem ensues. I can’t recommend this highly enough to all you folks who like the martial arts action stuff. Also on the Blu Ray (which is late but hopefully it’ll be here soon).To give you a little taste, here’s the film done with plaster-scene cats – 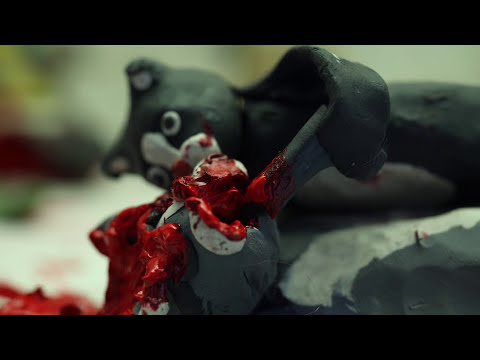 and the Red Band trailer –

War of the Arrows aka Warriors of the Rainbow – During the Japanese (again with the Japanese!) rule of Taiwan, the Seediq were forced to lose their own culture and give up their faith. What’s a Seediq warrior to do? Get out the arrows and start shooting. Think Apocalypto but in Taiwan and with less head-cutting off. Word has it that this is an excellent flick. Word. Also in a really long extended cut (hasn’t arrived yet but hopefully soon). Also on the Blu Ray. 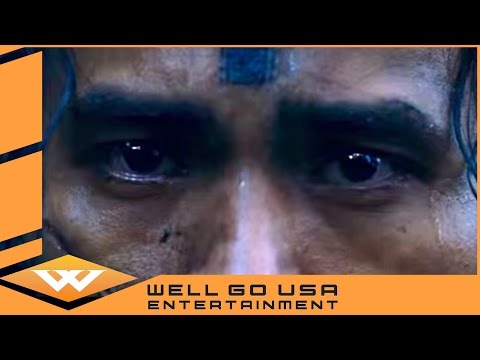 The Raid: Redemption
Once Upon a Time in Anatolia
War of the Arrows aka Warriors of the Rainbow
Paradise Lost 3: Purgatory
Jiro Dreams of Sushi
Get the Gringo
Breaking Bad S 4
Johnny Carson: King of Late Night
Midnight Son
Michael
Bullhead
Margaret
Pina 3-D
Wallander
God Bless America
Jeff, Who Lives at Home

In honour of the Hunger Games and the Olympics, I give you this…

Have a fine week my friends, stay golden.