Just wanted to say thanks to everyone who’s signed our Boycott Disney petition. We’ve had hundreds so far! Keep it up, drop by the store or you can go here – boycottdisney.ca – and voice your displeasure with this greedy corporation. Don’t know what will come of this adventure but it’s worth trying.

Also of note – we’re having a little Blu Ray sale at the stores – Commercial is up and running, tomorrow at Cambie. Lots of older Blu Rays up for grabs at only $10 a pop – buy 2 and get one free! What are you waiting for?

Also of note: part II – It’s car free day this Sunday on the Drive. Let’s hope it’s better than last week’s Italian Days. I find the Car Free days to be more fun and festive and creative so I’m still holding out hope. So many people though…I’m just getting old.

Dog Bites Man: Complete Series – Excellent, hilarious faux documentary style TV show that follows a hilarious excellent news team. Stars Matt Walsh and Zach Galifianakis who seems to show up in just about everything right now. In fact he’s in my kitchen at the moment. “Hey Galifianakis, get out of my house!”

Entourage Season 8 – More of the same from the Entourage crew. I still haven’t seen this program but I hear it’s worth a look. Maybe some day. So many shows/films, so little time. Wish that I didn’t have to sleep so I could just catch up on so many fabulous programs. Stupid body.

Ghost Rider: Spirit of Vengeance – I don’t remember anyone asking for a sequel to the original banal film about Nic Cage, who’s head is a flaming skull for some reason, who goes around solving crimes and taking revenge on various folks. I believe he also pisses fire in this film – he should really get that checked out. From the team that brought you the Crank films. No need to say anymore. Also on the Blu Ray.

In Darkness – Polish drama/thriller about a guy who helps out some Jewish refugees in the tunnels and sewers of a town called Lvov (you say it) during WWII. I believe this was nominated for an Academy Award. Directed by Agnieszka Holland.

Metal Evolution – Three part doc about the history of Heavy Metal (music, not actual metal that weighs a lot). Word has it the it gets 4 banged heads out of 5. (That means it’s really good)

Monsieur Lazhar – Algerian immigrant is hired to replace a popular teacher who committed suicide in her classroom. Yikes. I wonder if that may scar some of the kids, oh say, for the rest of their lives. Acclaimed Canadian (yes I said Canadian) film was up for an Oscar earlier this year. On the shelves at Commercial today and tomorrow at Cambie.

Mutant Girls Squad – Can’t go wrong with a title like that! Rin, a sixteen-year-old mutant girl meets a gang of rebel mutants who aim to take revenge on humans for persecuting their race. Why can’t mutants and humans just get along? Also on the Blu Ray. To give you an idea if this is your kind of flick or not, may I present for your consideration the trailer… 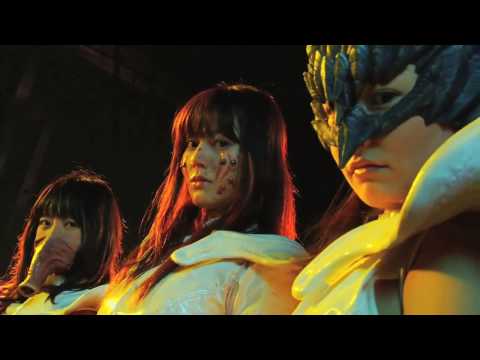 My Perestroika – Excellent doc that chronicles the story of five people from the last generation of Soviet children who were brought up behind the Iron Curtain. Just coming of age when the USSR collapsed, they witnessed the world of their childhood crumble and change beyond recognition. I imagine that would be a pretty crazy weird experience. I love the Russian language – the words have numbers in them!

The Prodigies – Cool sounding French animated sci-fi flick about some teenage “prodigies” – kids who have some sort of special abilities – who take revenge on someone that needs revenging taken on. Might make a good double bill with the Mutant Girl Squad.

Sherlock Holmes: Game of Shadows – Didn’t really care for the first one – I can’t remember a thing about it – and I’m not all that interested in watching this one but there are fans of Robert Downey Jr and Guy Ritchie out there and you know who you are and I’m not going to stop you from renting this. Also on the Blu Ray.

Superman vs The Elite – Animated geek love fest finds Superman battling some new enemies. What else would it be about? Superman’s foray into the advertising world? Maybe hosting his own reality cooking show?

Before I sign off for the week I pose a question to you good readers; I posted a link to a trailer for Mutant Girls Squad in this week’s edition. Would any of you like it if I posted trailers or reviews for the week’s offerings in upcoming newsletters? Cool. Have yourselves a fine week. Stay warm (summer is coming, right?), eat well, drink even better, get down, get back up again and keep watching.