I’m tired. Oh so tired. Hosted a summer’s end BBQ last night (hence the tardiness of this installment of the newsletter), probably ate a little too many ribs, steak, salad, pie, asparagus, tomatoes, beer and wine. Woke up at 2:30 in the am and could not get back to sleep (until the alarm went off at 7 of course). Lousy insides. Lousy brain. That said (for whatever reason) it’s not a bad week for releases. In fact, the next several weeks looks pretty solid. Good to hear.

Cold Fish – Strange, mostly unpleasant, nasty affair from the director of Suicide Club about a guy who’s rebellious teenage daughter goes to work for a seemingly (notice how I said seemingly?) nice couple at their fish store. Then the truth, the bloody truth, comes out.

Forks over Knives – Very engaging doc that argues for our better health by reducing our over-consumption of animals and processed foods. I wish I had watched this before last night’s BBQ.

Glee Season 2, Volume 2 – The second half of the second season of this singing and dancing thing.

Incendies – Canada’s entry for the best foreign film Oscar thing last year. Haven’t seen it yet but word has it that this film, about a pair of twins (of course it’s a pair!) who travel to the middle east to discover their family history, is most excellent.

It’s Always Sunny in Philadelphia Season 6 – The latest season of this show.

The Reef – Big shark terrorizes and eats some Australians.

Sentiment of the Flesh – Odd sexy French thriller about a couple who meet and explore each other’s bodies in, say, an unconventional manner. Think something along the lines of Dead Ringers or Crash (Cronenberg’s Crash that is) Cool.

Take Me Home Tonight – Comedy about a guy who quits his high paying job on Wall St to go to work as a video clerk (what can I say – it’s the best job in the world!). He then reconnects with old friends and the crush he had on in high school. Hijinks, I presume, ensue.

Thor – Big budget hoo-haw about some blond muscle guy who’s superhero power is that he has a big hammer. Sure he’d be great at helping build that tree house in the backyard but as for a compelling action film guy, not so much. I saw it for free and still felt ripped off. Also on the Blu Ray.

The Trip – Looking forward to this one – One of my favorites, Steve Coogan, and another guy go on a food tour trip and talk about funny stuff. Doesn’t sound all that exciting but I hear that there’s some fine laughs abounding in this one. Check out this scene if you don’t believe me. – 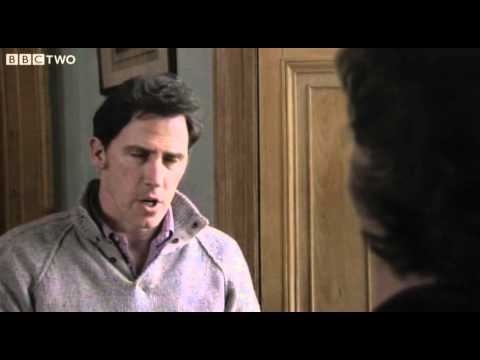 Viva Riva! – From the Congo, yes you heard right The Congo, comes this entertaining and slick crime thriller about a guy who steals some gas from some bad guys. Of course said bad guys coming looking for him and the gas. Fairly violent, pretty sexy as well. Worth a look. May change your mind about that family vacation to Kinsala you had planned for Christmas.

So the awesomely great Rio Theatre on Broadway and Commercial are trying very hard to obtain a liquor license. Want to help? Of course you do. Sign this petition then, please. http://www.gopetition.com/petitions/the-rio-theatre-liquor-primary-licence-application.html

Here’s a fun article detailing stuff that Hollywood would rather the general public not know about how it conducts it’s business. Read on. http://www.filmschoolrejects.com/features/6-things-the-film-industry-doesnt-want-you-to-know-about.php?_r=true

And for a good larf, check out this site which has documented the best of the worst tattoos that new parents got of their grotesque babies. Very bad idea. Freaky and creepy. What’s with the one with the rat in it’s mouth?!
http://www.huffingtonpost.com/2011/08/23/baby-portrait-tattoo_n_931448.html?ref=fb&src=sp&comm_ref=false#s333205&title=Bring_a_Photo

That’s it for this week kids. Have a good week. Reminisce about the good weather which seems to be in the rear view mirror these days, and remember, keep watching.