Hope everyone’s having fun! Sorry but that’ about all I have this week. I’m still trying to recover from a friend’s wedding ordeal over the weekend. There was much drinking, dancing and everything else that happens at weddings. At least I came home with my pants this time.

New Releases for Tuesday August 16th, 2011 the year of our Lord

Dexter Season 5 – Oh Dexter, will you ever stop your murdering ways? Hope not.

Force of Nature: The David Suzuki Story – Doc about BC’s (and Canada’s) favorite and most famous tree hugger.

Jane Eyre – Yet another adaptation of the Bronte tale. This one stars dreamy Michael Fassbender. My favorite version is still the SCTV one with a big-eared Andrea Martin riding around on a small pony for some reason.

Medium Raw – Horror film starring the cigarette dude from the X-Files about some people who are trapped in a prison/insane asylum where some occurrences occur that traps them in with the inmates who are running amok. I haven’t had a good running amok evening in quite a while. Miss those days.

Petits Mouchoirs – French film that translates to Little Mouchoirs. I mean Little White Lies. Stars the lovely Marion Cotillard and some other French actors that go on vacation and things happen to them on vacation and secrets are revealed while on vacation. Drama and comedy, I presume, ensue during the vacation.

Priest – Documentary about a rogue Priest who knows how to kick some vampire ass. Which, I presume, he does. (I was just kidding about the documentary, it’s a musical.) Also on the blu ray.

Something Borrowed – Generic rom-com starring the queen of these things – Kate Hudson and John, you are quickly losing any cool points you may have acquired on The Office, Krasinski. Couldn’t tell you what it’s about and really. Does it even matter?

West is West – Sequel to the wildly popular East is East from a few seasons back finds the family going back to India for a healthy dose of culture clash and comedy hi-jinks.

The Year Dolly Parton was My Mom – Coming of age Canadian dealy about an 11 year-old girl searching for her real mom and waiting for adolescence to kick in. How Canadian does that sound?

Conan the Barbarian – Blu Ray – Arnold’s finest 2 hours. Watch it with the commentary on as it’s the funniest thing you’ll ever witness! I’m not at all kidding about that at all. Watch it!

Hey want to read some great insults that famous directors have directed at each other? Some good director on director action here as someone once said… http://flavorwire.com/200745/the-30-harshest-filmmaker-on-filmmaker-insults-in-history#.TkMN7dozh_c.twitter
Coming next week – best musician on musician insults.

Tell me this film doesn’t look awesome! It seems to have everything! (hits the DVD in a couple of months) 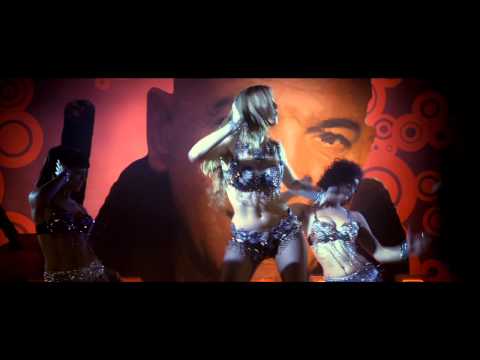 Hey who knew that The Terminator was on Twitter? http://www.funnyordie.com/pictures/d2f3a15c8a/the-terminator-is-on-twitter-and-it-s-kind-of-amazing?playlist=featured_pictures_and_words

That’s it for this week folks. Enjoy the sun, but not too much, and keep watching!