Why do people like camping? I understand the pack your stuff in to a remote area and rough it (although it is definitely not my bag of tea) can be fun and challenging and it’s nice to be away from people. But the drag everything out of your house or buy the same shit you have in your house, drive it to a campground and set it all up, live in a tent like you’re pretending to be homeless type of camping, what’s the point? We did just that last weekend – two nights at Otter Lake where it was so cold at night that I ended up sleeping in all my clothes (I like to sleep in the raw) and ended up with a case of “Damp Lung” as I like to call it which has now turned into a full blown cold. It rained everyday that we were away. It was loud – not just sea-do, dirt-bike, ATV loud (which it was) but nature loud. And nature likes to get up early. Damn birds.
So we moved on to Fintry park in the Okanagan. We rented a yurt. Great idea until we found out that it leaked, was full of blood-thirsty spiders (well one anyways) and the bed was too short for my lanky frame. On top of that we had a crazy hail storm (check a little snippet out here –

) that not only dented my car and BBQ but also damaged the yurt. The force of the hail dislodged hundreds of small flakes from the inside ceiling (yurt snow or yurt tears we called them) that landed everywhere including our skin which we had a great deal of trouble removing. In fact I believe that my body absorbed some of the ceiling through my skin. Our neighbors, who arrived the same day, consisted of two families who suspiciously looked like each other and shared between them anywhere between eight and thirty children. They were there for two weeks! I couldn’t imagine staying there that long. We noticed that on day two they had already been out to McDonald’s and were watching crappy music videos on their hand-held devices. Weird. That said, it was a pretty relaxing holiday and our 6-year-old had a blast. Next time? Gimme a cabin with a hot tub and we’ll talk.

13 Assassins – The occasionally awesome Takeshi Miike (Audition, Ichi the Killer) returns to his most awesome form in this samurai epic that, word has it, is a fantastic action, sword and butchery epic. I believe that final 45 minutes or so is a huge bloody battle! Can’t wait to see this! Can’t. Wait. Also on the blu ray.

American Grindhouse – Doc that lovingly looks into the hidden history of the wild and the wacky world of underground grindhouse films. Love me a good grindhouse effort. Hobo with a Shotgun anyone?

The Clink of Ice – Black comedy Canadian effort (from Quebec) about an alcoholic writer who’s visited by a guy who is in fact his cancer growing somewhere in his body. Trippy.

Cracks – The insanely lovely Eva Green (check out The Dreamers if you don’t believe me) stars as the teacher of an all-girls boarding school who takes a keen interest in one of her students with disastrous results. Sounds like this one could be fun!

Potiche – French comedy finds the lovely Catherine Deneuve as a trophy wife who takes over her dickish husband’s business when he’s taken hostage by his employees. I hope that none the the kids at the stores gets any funny ideas! From director François Ozon.

Source Code – Pretty solid sci-fi effort from David Bowie’s kid, Duncan Jones (Moon) finds Jake Gyllenhaal as a soldier who wakes up in the body of some dude on a train that is about to explode (the train, not the dude). Then we have a kind of Groundhog Day thingy in which he keeps repeating the moments leading up to the blast as he tries to find the bomber. Well done, gripping and thought-provoking little number. I was a little confused by the ending but, then again, I’m always confused by these kind of things. I’d have to say it’s one of the better films that I’ve seen this year. Also on the blu ray.

Trigger – Molly Parker and Tracy Wright star in this music drama from Bruce McDonald that finds two women, who had a band before but broke up, reuniting for a benefit concert or something. Word has it that it’s a fine little production. Wright died shortly after the film was completed.

Trust – That guy with the mopey long face from Friends directs this heavy drama starring Clive Owen and Catherine Keener (two of my favorites) as parents of a girl who falls victim to an online predator. Owen then takes things into his own hands. Can’t imagine this ends good for anyone.

Winter in Wartime – A 14-year-old Dutch boy becomes involved in the resistance during WWII when he comes to the aid of a wounded British soldier. Looks a like a very good film. It was only released on the DVD/Blu Ray combo disk so don’t freak out when you get to the store and it looks as if we only have the blu ray.

Internets! What Say Thou? 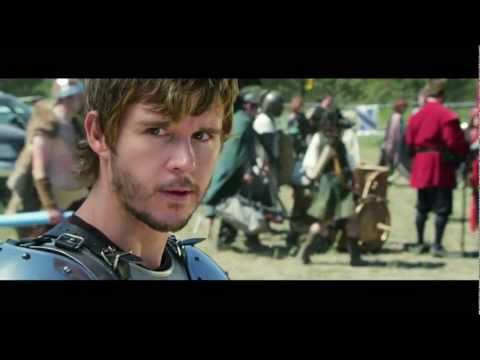 Any news of a new Charlie Kaufman movie is good news on my books! http://www.avclub.com/articles/nicolas-cage-jack-black-and-steve-carell-attached,59371/ 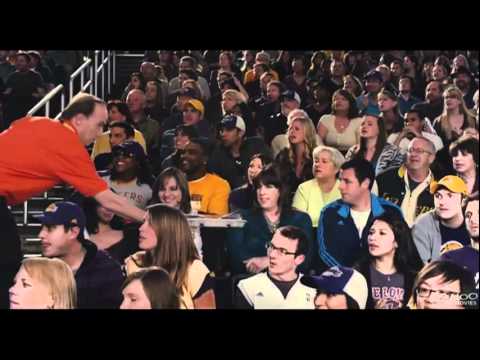 That’s it for this week, folks. Hopefully I’ll be able to shake this damp lung and cold thing soon and be able to enjoy the nice weather and get back to checking out some films. Keep watching.