So much is going on at the moment, it’s hard to keep everything straight! We’ve got the royal wedding between Osama Bin Laden and Kate Middlebrow, Obama finally got have Trump’s douche, er I mean birth certificate released, the US finally were able to hunt down the evil Price William and kill him in his “mansion” on the hill in Pakistan (I thought he was supposed to be living in a cave in Afghanistan?), the Canucks are playing really boring hockey in the playoffs, and we have a real chance of getting President Harper out of office. Crazy times! I hope that everyone gets out today to vote – remember friends don’t let friends vote Conservative. Or as my friend Robert says; “Today is the day where you can either vote for a Harper Government or a Canadian Government”. So get our, vote early and vote often and then pop by the shop to treat yourself to a fine flick for the evening.

New Releases for Tuesday May 3rd

Curious George Plays Ball – A monkey playing baseball?! Well I never. You’ll have to watch this documentary to find out, sorry, what’s that? It’s not a documentary? It’s an animated kids show? Well, OK then.
Curling – I’ve never tried to curl before but it does look like it may be fun to try (more fun than watching I have to assume) as I do enjoy sweaters, sweeping and drinking. As for this film, I’m not to sure if it has much to do with curling. It seems like a somewhat sombre Canadian piece about a strange, off-beat relationship between a dad and his daughter set somewhere in a remote part of the countryside. How Canadian does that sound?
The Dilemma – The real dilemma here is how Vince Vaughn still gets work. Like come on, does he do anything but these lame comedies and cheer for the Blackhawks? At least this film has comic genius Kevin James (Mall Cop) to carry it. (Can you sense the sarcasm dripping from my keyboard?) So the story goes as this – man discovers his best friend’s wife is having an affair. Let the comedy begin. Anyone else getting a little tired of fat, ugly dudes who have drop dead gorgeous wives in the movies and on the TV?
Eleanor’s Secret – Excellent animated feature about a little guy who discovers that the books in the library in his grandma’s house are full of lively characters that need his protection. Or something like that. Fun for the whole family!
The Godfathers of Ganja – From the guys who brought you Cocaine Cowboys comes this tale of Miami’s pot smuggling scene of the 1970s, populated with redneck pirates, a ganja-smoking church, and the longest serving marijuana prisoner in American history. For some reason this film is also called Square Grouper.
Green Hornet – Oh look, here comes another “superhero comic book movie”. Seth Rogan and Jay Chou team up to fight crime and comedy in this popcorn flick. I imagine that Bruce Lee and Van Williams are rolling over in their respective graves (that is a strange expression). Also on the Blu Rays.
Marwencol – Fascinating looking doc about a dude who gets badly beaten up, ends up with brain damage and then for some reason decides to build a 1/6th scale recreation of WWII in his backyard. Brains are weird. Unless you’re a zombie, then they’re tasty.
A Somewhat Gentle Man – Stellan Skarsgård plays a dude fresh out of prison who has to deal with this old gang, his ex, an impending wedding and losing his hair in this dark comedy that, word on the street has it, is quite excellent.
The Two Escobars – Riveting doc about Escobar, the most famous soccer player in Columbia and Escobar, the biggest most powerful drug king-pin in the world (and Columbia). One thing learned from this film – don’t score on your own goal in soccer and don’t become a big drug kingpin. I guess that’s two things.

Here’s an amusing (if a little long) clip of Obama roasting The Donald. Pretty good jabs. What’s with Trump anyways? Is he just plain nuts? I really hope that he runs for President! 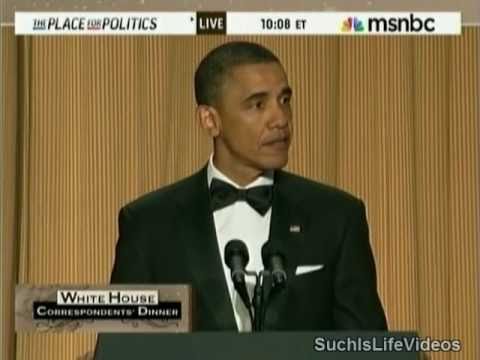 With the new Fast and Furious film raking in the dough, here’s a nice interview with the screen writer…
If you’ve been watching the great series Human Planet, here’s a piece that was cut form the final cut; The Douche –
And one more – Oscar Wilde meets the Jersey Shore –
That’s it for this week folks, remember, get out and vote today and also keep watching.
Black Dog Video
http://www.blackdogvideo.bc.ca/
Tweet
This entry was posted in Newsletter. Bookmark the permalink.